This Valentine’s Day you should enjoy the company of your loved one, cherish your quality time spent together, living out new experiences and adventures. 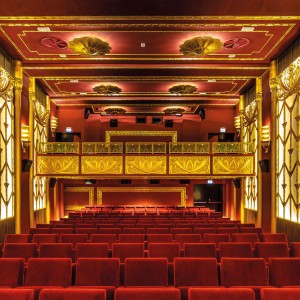 After 5 years of closure due to restoration, the fantastic Cinema Fulgor in Rimini is again open for business! With Sunday morning screenings in program it offers a perfect opportunity to do “breakfast and a movie.” This particular movie theatre was also of great importance to the young Federico Fellini. It was in here he got to see his first movies, amongst them Maciste all’inferno, and he distributed flyers, in exchange for free screenings for himself and his friends. It’s a place to love, just like the Grand Hotel Rimini; the hotel that held  a special place in Fellini’s heart for all of his life. He was attracted to the magical atmosphere that pervades it and to which the director wanted to pay tribute, selecting  it as main location for his masterpiece film “Amarcord.” Sunday Feb.11th the Cinema Fulgor will open for breakfast at  10.30am, to follow, the screening of the Charlie Chaplin cult movie “Gold Rush” at 11.00am. A cinema experience out of the ordinary, and for this reason we are sure that the idea will seem intriguing to you, making it a perfect option for your Valentine’s Day. 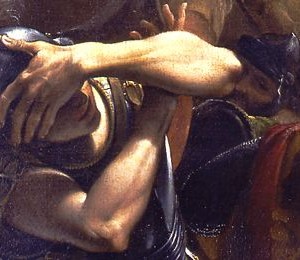 Never ending is the time between Michelangelo and Caravaggio

The Grand Hotel Da Vinci is the perfect  location if you wish to experience an exciting journey between renaissance and the baroque. The great exhibition in San Domenico,  Forlì 2018 puts on stage a new exhibition itinerary  in a complete way, for the first time, unifying the fascination of a century between a superb sunset; the last Renaissance, and a new bright horizon, the Baroque era. Michelangelo Buonarroti and Michelangelo Merisi known as Caravaggio, two prestigious artists who will take you on a journey between two eras, showing the evolution of Renaissance ideas,  as they flow into the Baroque. The renaissance was a time for change, and developing its ideas on humanism, it acquired a new way of perceiving the world and itself. The Baroque presents itself as the affirmation of powerful and recognizable values through which the realism of representation is strongly re-evaluated but at the same time raises the anguished question on the true meaning of existence.  This stirs up scientific requests , for individual freedom and sensitivity, putting the power of the newly established modern state in Europe even more in crisis.

From the Palace Hotel you will reach Ravenna easily, and then you can “lose” yourself in the city, or maybe experience the different areas of the city through the  Happy Lovers Tour, a guided tour in the name of love along the streets of Ravenna. Learn about the extra conjugal relations of Lord Byron and Teresa Gamba , and much more. Cocktails to round up the evening.

Vola pensiero mio
Where: Piazzetta unità d’Italia – the rest is a surprise…

Devi dirmi di si!
Where: Casa Traversari.
We’ll talk about: Nastagio degli Onesti
We’ll see: One of the most interesting  houses from the Middle Ages